It’s a beautiful star shower, so grab a camera and immortalize the moment!

Photograph the shooting stars to stop them on their tracks. Then, connect them to create constellations, and place them back in the starry night sky!

Take your time, enjoy the show, and rewrite the sky! It’s only you and the stars!

Watch as the star shower goes on. Whenever you see a group of stars cluttered close, take a photo of them to freeze them on the spot. Connect them to each other (with some having more than one connection available), and then place them back into the sky! Repeat until you’re satisfied!

Your score is based on the number of stars on each constellation, the distance between each connection, and if you managed to take a photo of special objects around them. If you’re not satisfied with your constellation, you may discard it.

When you’re done, you can even save your work as a wallpaper!

Once you have placed down enough constellations, you can save your very own star cluster into a one-of-a-kind desktop wallpaper by pressing the Snap Wallpaper in the results screen!

On Windows, a button that allows you to Open Wallpaper Folder will appear after you snap a wallpaper. You can press it to be taken directly to it!

On other platforms, you can check the following directories to find your wallpaper:

On the Web, the wallpaper will download a few seconds after you press the button, though if you miss it, you can press the Redownload Wallpaper button to fetch it again!

Come and share your night sky or brag about the funny names of your constellations! We’re always happy to receive new starsnappers at our Discord Server!

My name is Antonia Gates, I manage the games at CoolmathGames.com. I really enjoyed playing Starsnap! I think it would be a great fit on our site.

I'm writing to ask if the game is available for non-exclusive licensing. Our licenses are totally non-exclusive, so you would maintain all of the IP rights and could continue to develop and distribute the game however you'd like to.

Please let me know if it is available, and how much it would cost. I'm looking forward to discussing this with you soon!

Hi, what CSS did you use to make the middle section transparent relative to the moving comets?

How did you make this PAGE?!

Reply
Whales And Games1 year ago(+2)

Lots of patience and CSS magic! Glad that you like it! 😊

Such a beautiful page, befitting for such a cute little game... You guys did a great job!

Thank you! It was really chill to work on it and we're glad that you had a good time with it! 🤗

This is probably the most relaxing game in the entire itch.io page!

I love this game!

Good Job, you did a pretty good game with good features and simple controls!

Thank you very much! 😊 Glad you enjoyed and had a relaxing time with Starsnap! It was very fun to put together during the jam, and we're glad that it comes through! ✨

this is the most beautiful itch.io page I have ever seen

Thank you! We try to challenge the limits of what we can do with our pages with every game! 💪

Nice job! I didn't realize that it was infinite so I just kept taking more and more pictures until I read the description. It's a nice, chill game but get's a little boring after a while. How do the names work?

Thank you! The limited jam scope didn't allow us to add much more stuff in the long run, which is why we show the button to finish the sky after the player puts down just a few constellations, so I completely understand it wears out after a while! 😅

As for the names, we have a list of 164 first names and 164 second names, and we randomly just generate one of each for each constellation! For the final name sky, we do the same thing, except there's an added change of it having two first names, which means that there's over 4 million potential sky names! 🐳

I got a little too excited and took too many... very fun and a creative idea for the jam!!!

Glad you had fun with it! Did you grab a screenshot or wallpaper of your final sky? We'd love to see it! 😊 And thanks for the praise about the jam too! 🐳

The screenshot button bugged out after a certain point, it'd disappear even outside of camera mode and be inaccessible, so sadly I don't have a screenshot :(

and quiet if we're looking for special objects instead of great constellations!

It was a nice surprise to see the flying fish from your other game!

Waiting to see what new objects you can snap is a fun alternative gameplay variation some have been trying. And we're glad you recognized the flying shark from Townseek! But it's not the only cameo you got. The purple monster is actually the host from Vast Trivia Of The Void and the planet with the hat is a possible planet in Petty Puny Planet,

We have some more cameos from our games and server there, but that's what you managed to capture. Thanks a lot for sharing your wallpaper with us! 🌌

Wow! How did you manage to pull that off in the time. I love the animations and how each constellation has its own name. I also like that you have these random characters, which are really well made. Good job!

Thanks for the kind words! Everything we got here were possible thanks to teamwork and communication! We've been synergizing for a while now, letting us do our separate things and bringing them together.

And we're glad you like the characters! Some of them are actually cameos from other games we've submitted! You might want to check them out at some point! 🐳

This was really fun, and first of the jam games I played until the end! The sound did put me in a more intense and frantic mood, but overall great job. 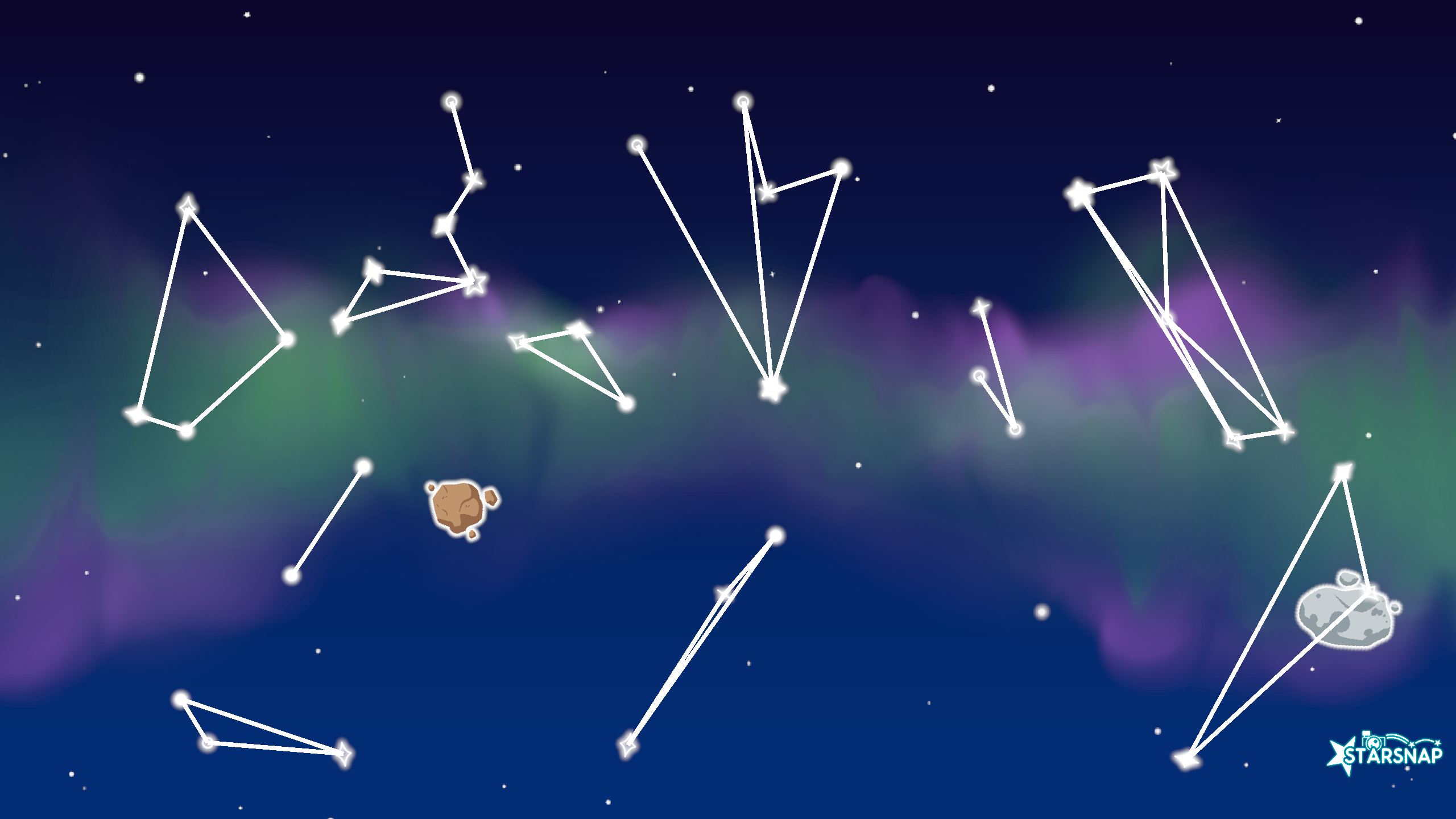 Heh, that means a lot to us. And thanks for sharing your wallpaper with us! You even got a couple of asteroids there! 🌠

this game is BEAUTIFUL!! I adore the art and the relaxation of watching the stars go by until it’s just the right time for a shot.

We're happy to hear that people are enjoying one of our most relaxing submissions to date, as we aimed to make something cozy! If you happened to use the function to take a screenshot of your final sky, we'd love it if you could share it with us! 😊 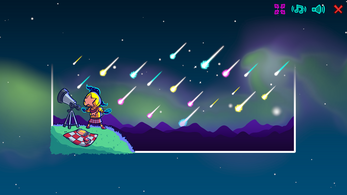 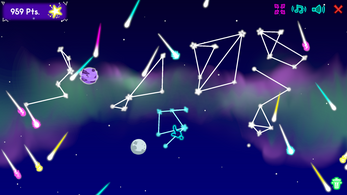 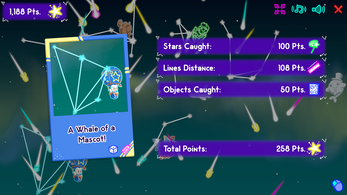 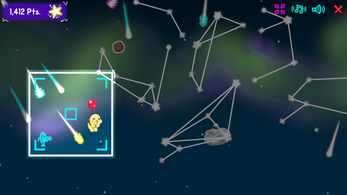 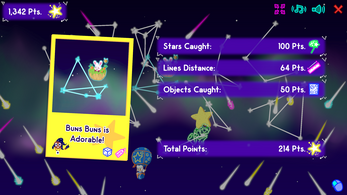