The Champions Update is almost ready to make you a Champion! 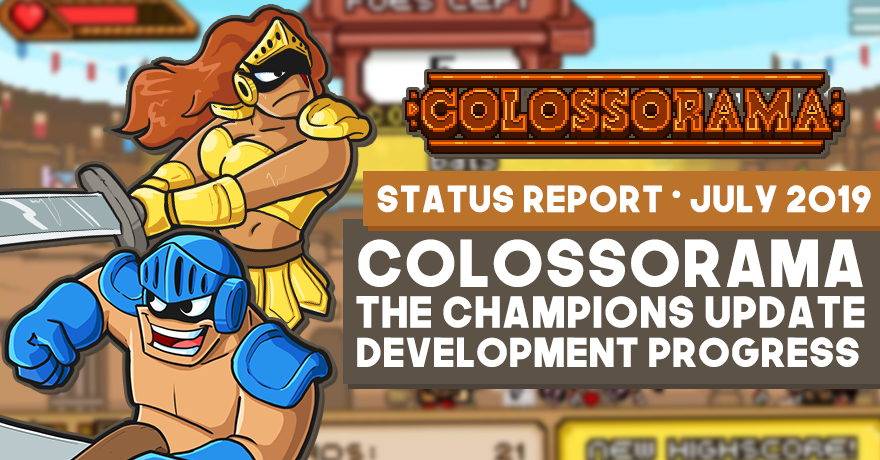 Hey, there! Haven’t heard from us in a while, have you? Well, fear not! While we certainly have been a bit quiet these past few months, we’re still around and swinging in full action, and have been finishing progress on Colossorama - The Champions Update and have also begun working on the first expansion to another game of ours, Whipped And Steamy • Cosplay Café (which you can read on its respective devlog over here)!

For Colossorama - The Champions Update, our original target was to release the update immediately after releasing the Whipped and Steamy post-jam patch. Unfortunately, after we released the latter, we underestimated the time it would actually take us to wrap up Colossorama, and have needed a few more months in order to iron out everything!

On the plus side, the game is now feature-complete, making it an all-in-one-package featuring brand  new physics, dozens and dozens of new weapons and upgrades, achievements and scoreboards! What was originally meant to be a small update has turned into an almost full revamp of it, and we can’t wait for you to give it a chance and compete for a spot on the leaderboards! 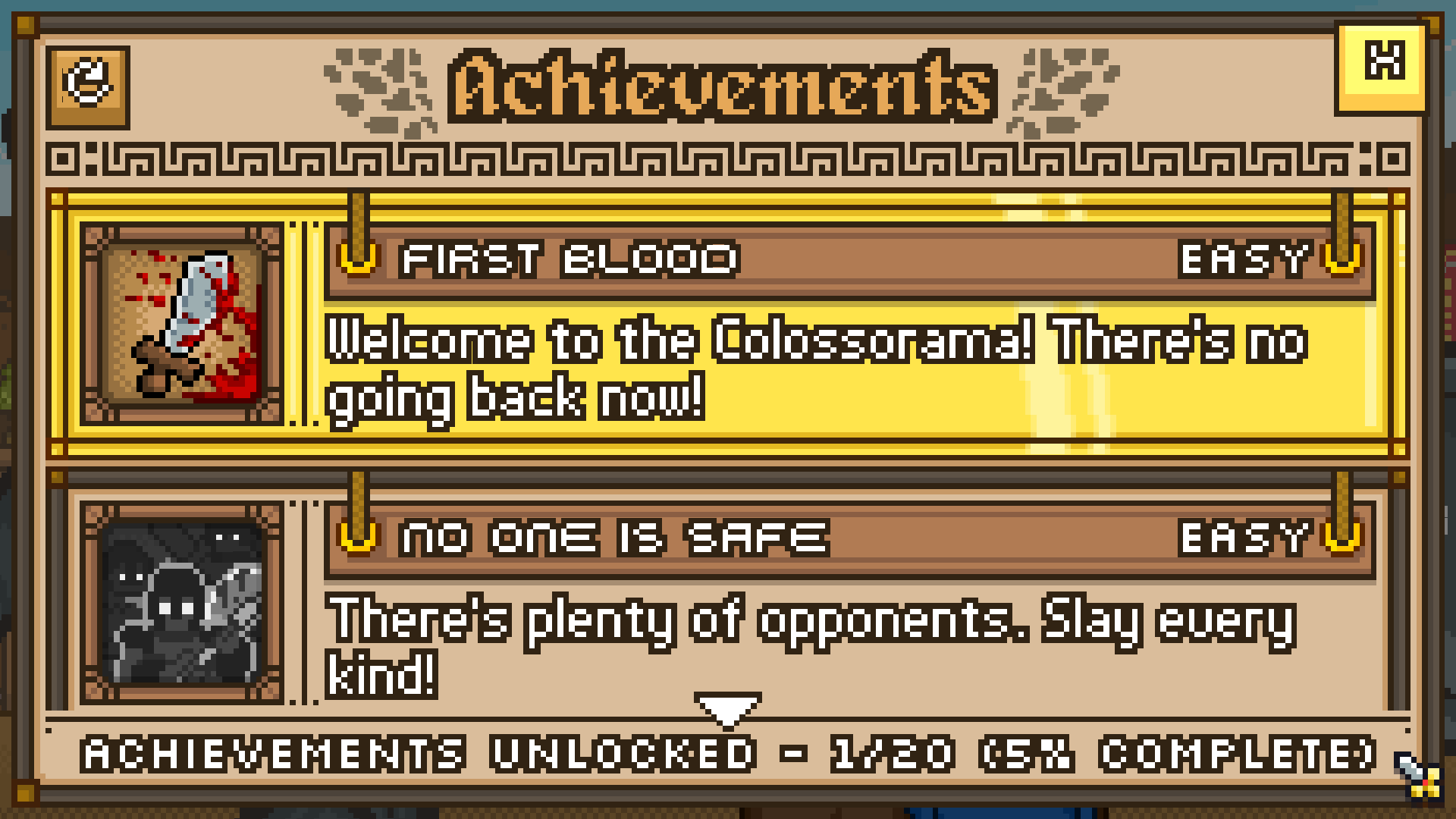 This means the game is almost release ready! However we still have a lot of small quality-of-life fixes and juiceness we want to add before we ship it to make sure the game is just that extra mile ahead in terms of polish!

In addition to them, ever since our latest Whipped and Steamy • Cosplay Café patch and the celebration of our second anniversary, we’ve been working on overhauling our working methods and the way we tackle projects and games going forward. This past month our progress at Whales And Games has sped up considerably, and we expect the working rhythm to increase considerably as the weeks go by! 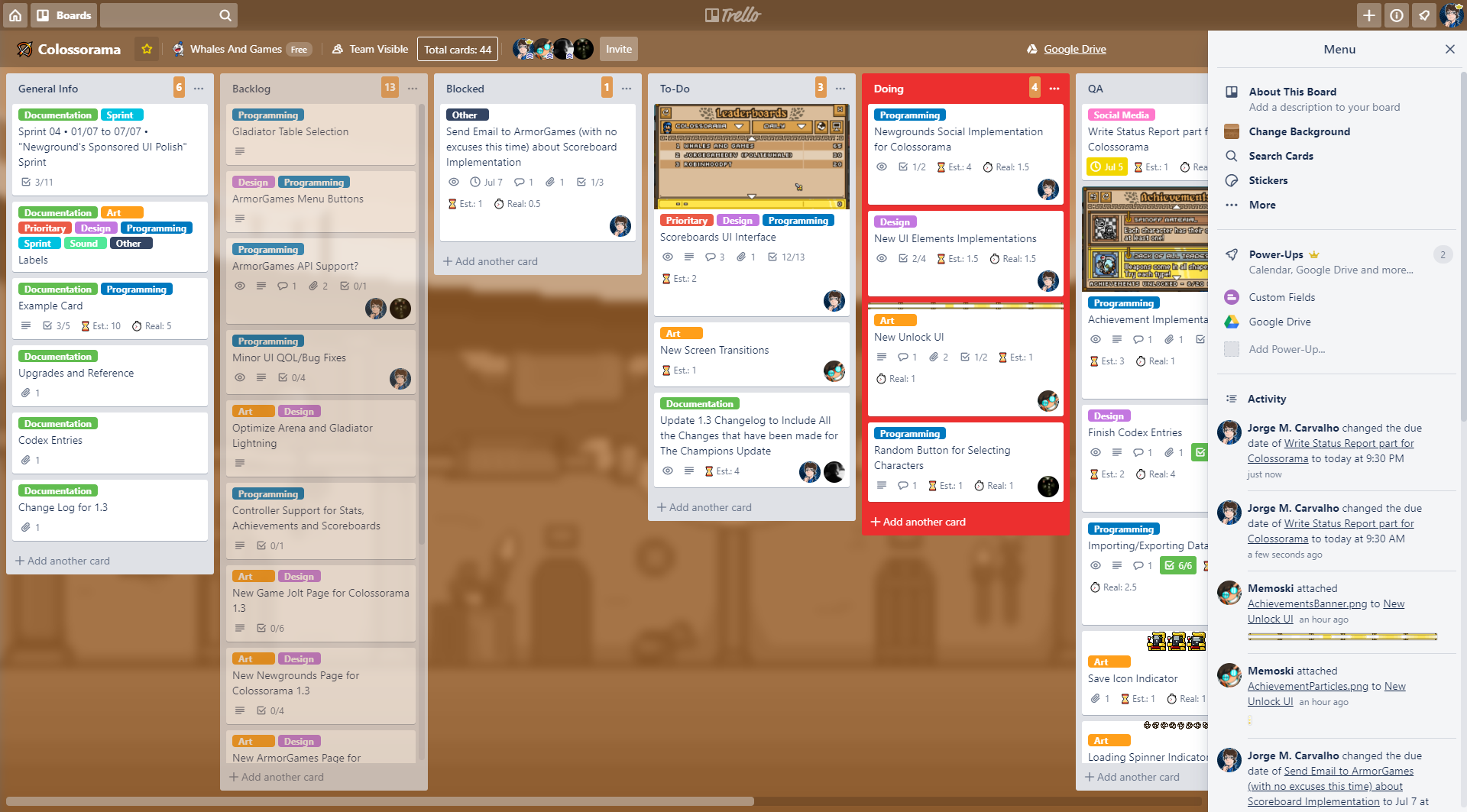 We also recommend you pop over to our Discord Server where we all hang-out and play videogames together frequently! We’re currently planning and setting up a new season of Discord events focused on games and art, and it’d be great to have you aboard for those! 😄

Going forward, we also want to start doing more of these status reports at least every month. On itch, that means you can expect different updates for different projects! We hope that you look forward for them! Cheers! 🐳