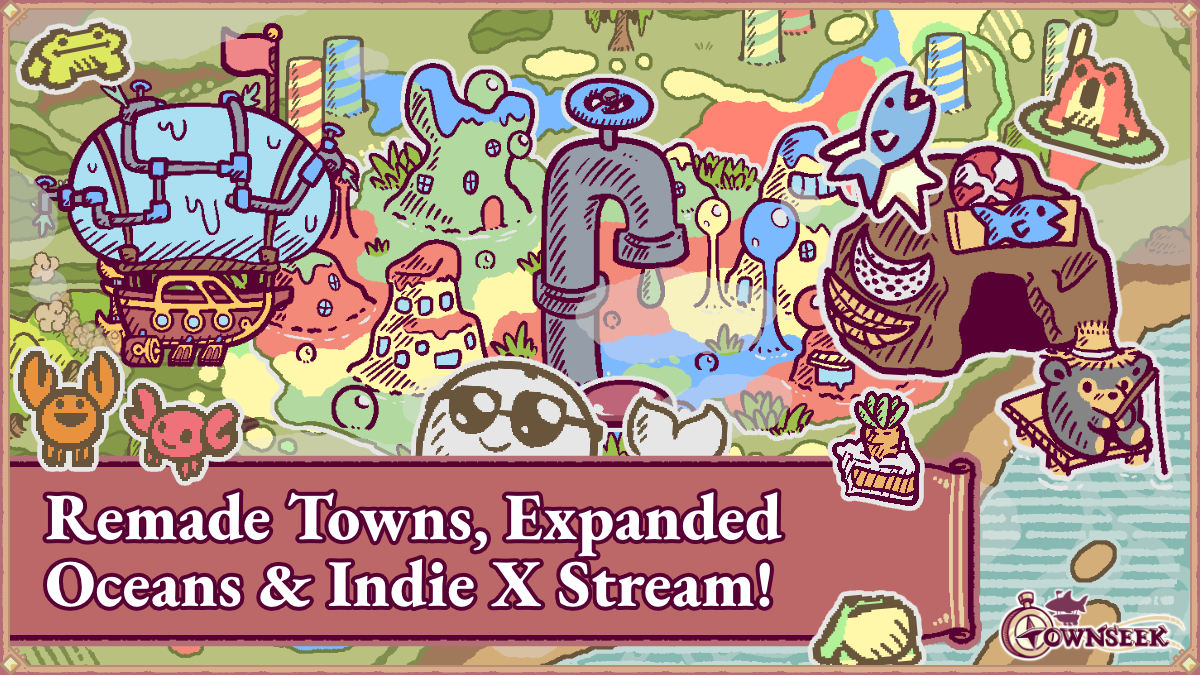 Hey there! 👋 It’s time for another update on how the development of Townseek is progressing! As development on the full version continues, our focus has been on updating the content we’ve already got in-game. Our goal right now in early development is to keep improving on our existing jam game base, while we start to add some of the new content we’ve got planned on top.

On the last news update, we showed some early previews of our new art direction and some new locations. We showcased a new town, Burrowburg, and one of our new biomes, the Golden Forest. This time around, we’re creating brand-new areas, while also improving on the existing content! ✨

Bear in mind that all the placement of locations and how the game currently looks is not final! We’re still experimenting with some elements, and the final product might look different in some ways. But for now, we’d say that the direction is right on track! 🦈 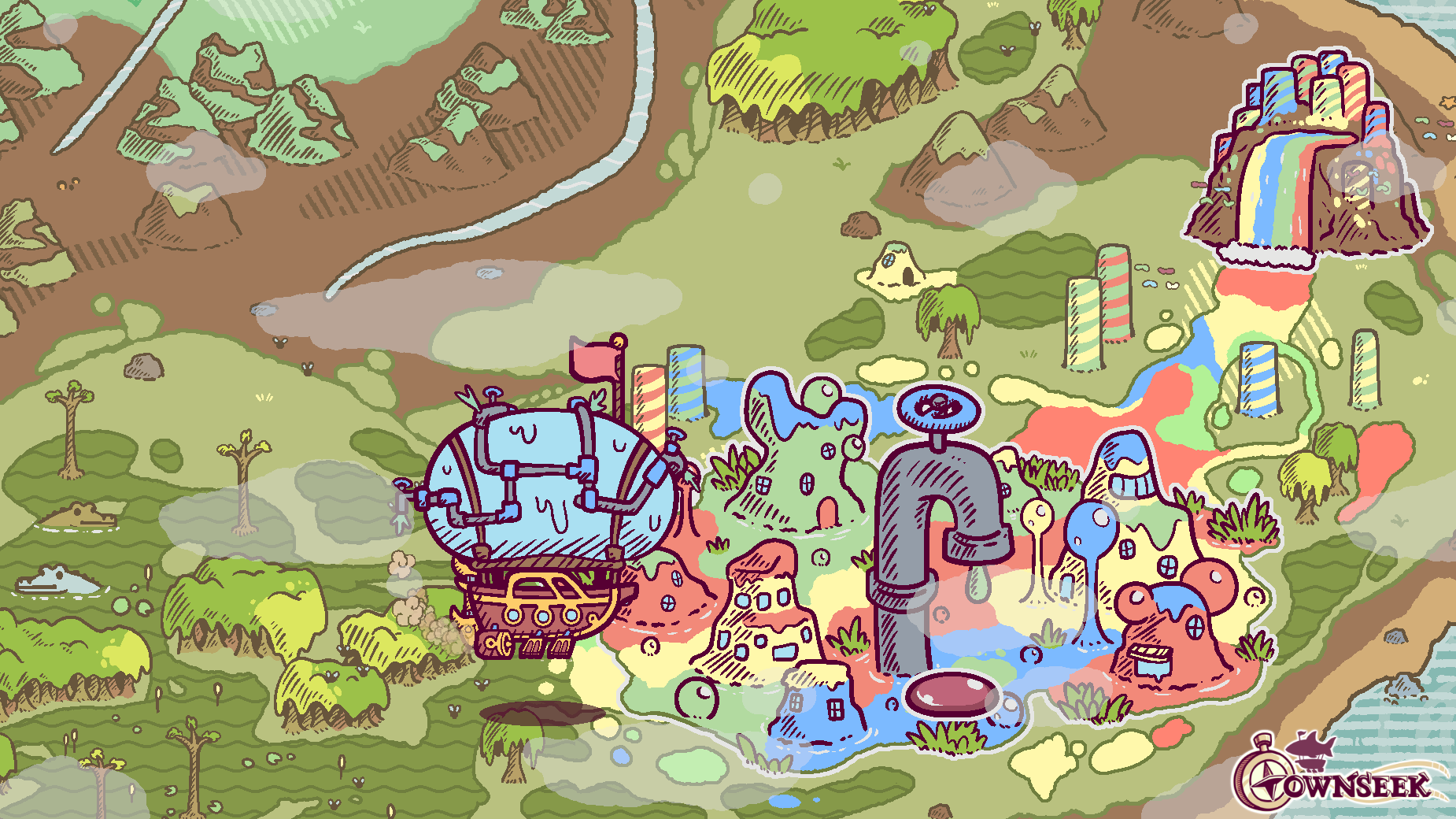 Coming back from the original jam version, we’ve remade the towns of Meowosville, Driplands, and Lawride Town with our new art direction in mind! Since we want these towns to feel more like a natural extension of the world this time around, they actually extend beyond their interacting area, populating more of the continents where they reside. The Driplands extend towards the nearby swamp, complete with crocodiles and frogs. Meowosville has a denser forest than Burrowburg and is close to a familiar dog park. Lawride Town is beyond a mountain belt, surrounded by nature and bandits.

Aside from the towns and continents, we’re also focused on giving the ocean some additional personality! You can spot sharks, whales, and corals, and even some new landmarks! Given how important the ocean is to the world of Townseek, we felt it was necessary to spice it up too. We want there to be more ocean towns, and for the sea to add even more to the ambience of the game! 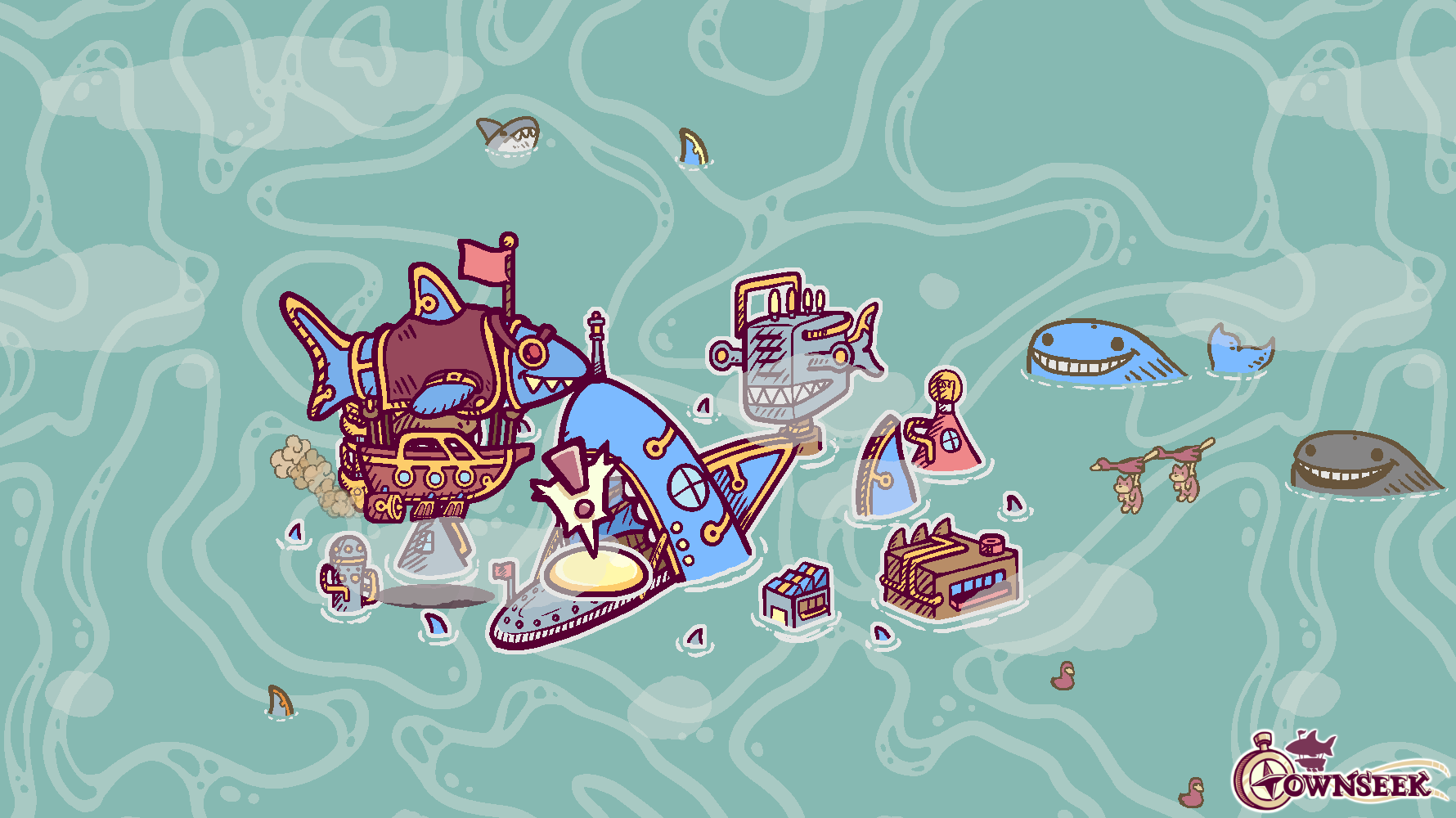 Another one of our goals for the game is to make as much of the sound design reactive and dynamic as possible. In addition to each town having its own set of instruments that plays when the player is in their proximity, we’re also adding in unique music tracks to each area of the map, giving each zone their own musical personality! 🎵

We’re also doubling-down on the unique ambient sounds and details for the new mini-biomes. In the Mossy Marsh that neighbours the Driplands you’ll be able to hear the sounds of the frogs and flies while flying above it. Likewise, you can hear a chilly breeze when you’re in the snowy-regions and mountain tops. We’ve also added an extra variety of forest and ocean sounds too!

Finally, but not least, we had the pleasure to sit down with João Correia from Indie X, Portugal’s biggest indie game showcase, for a first look at the full version of Townseek! While most of the gameplay so far is based on the jam version of the game, we invite you to watch the recording of the stream! 🎥

And that’s it for this update! The holidays are practically here, so put your jolly face and join us at our Discord server to share the holiday spirit! And make sure to follow us out on Twitter for more Townseek previews!

December will be packed with things to do, but we’ll do our best to make this into a memorable end of the year! ⛄ If we don’t see you until then, then have some great holidays! Cheers! 🐳